What will August Bring

August 07, 2012
July ended with 7mm of rainfall making July 2012 the 2nd driest on record since 1918, no wonder we were hand watering. June 2012 will be remembered for the once in a decade storm event causing unprecedented damage and being our 2nd wettest in 12 years, so now the question is what will August bring ? 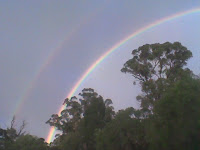 We can't predict what mother nature will do but for the course August means GOLF and WEEDS! This week kicks off a period of major events for the club extending through the end of September, we have 4 rounds of the Ladies Championships, the Men's Championships, Men's 4's Championships, Mixed Championships, Presidents Cup, the Holden Scramble mark 2, ( we all know what happened to the first event), all culminating with the Capel 3000 held over 2 days at the end of September, and in between later this month, we have of course, the Greenstaff Sponsor Day, ( more on that another time).
Staff will be prioritising course set up and conditioning for these events.

August also marks the start of spraying weeds, Through August and September, spraying for Broadleaf weeds, Post emergent Winter grass control, Guildford grass and Pre emergent Crab grass control will be undertaken through the whole course.
Sprayed areas will be closed for play during application and for a period of time after, till dry. Signs will be posted for the area under control. 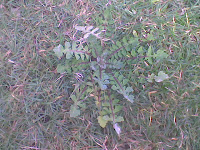 Anthony returns to TAFE for his 2 week block next week leaving just Dean and Myself during that time, so its fair to say we are gearing up for a very busy 2 month period which won't end there, by the end of September we will then be getting straight into renovations, the greens, approaches, tees and front 9 fairways, we also have the practice chipping green construction, 16th mound works and finishing off the irrigation servicing before the season starts, this will lead us into the busy warmer months, so basically from here on in its full steam ahead.