August 07, 2011
Staff arrived to something we don't see too often first thing in the morning, during the week. 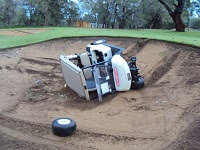 Idiots broke into the cart shed and decided to use them as dodge cars, and also use the 18th green as their track 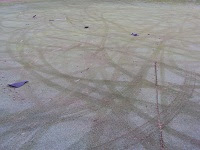 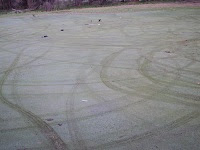 It was only superficial damage to the green but we still had some repair work to do . 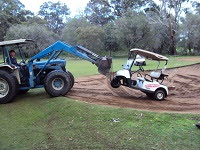 Something different turned into something old when two nights later they decided to come back and finish off the rest of the carts they didn't totally destroy the previous time. 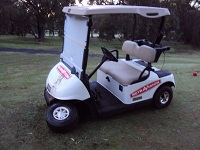 Again only superficial damage to the green, which cant be said about carts which are practically write offs.
Needless to say increased security measures will make it hard for them to repeat another performance.
vandals